....Fighting ignorance and apathy one class period at a time...

Today's graveside temperature was a meager 29 degrees at best  - with a STRONG, gusty north wind.

The veterans who took part in the military honor portion of the service stood proudly under the flags and fired the guns, most of them bundled in coveralls and heavy coats.  Many of the men appeared to be in their 70's and 80's.  The uneven ground and weather made it difficult for some of them to stand for the extended period of time, but they lined up in formation as though they were expecting the Sargent to come along soon for inspection.

A lone bugler stood apart from the protection of the tent that we huddled under.  He played taps with pride and vigor even though his thin dress pants and jacket were whipping like the flags in the cold strong wind.

After the service I spoke to the bugler. He is 15 years old.  His name is Casey and we could not thank him enough for his bravery and service today.
at 8:18 PM 1 comment:

EMAT (Every Man A Tiger) games concluded last week with a staff vs. student volleyball match.  The staff team was AWESOME!  They had some great moves. 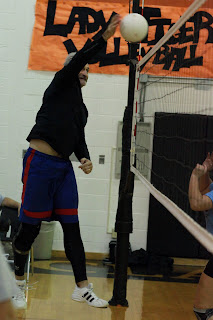 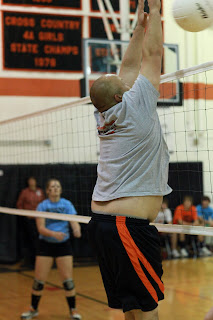 The student team was made up of kids who had put their names into a drawing... or so they thought.  We put the kids from the drawing on the court to play the staff and THEN we brought out these girls. 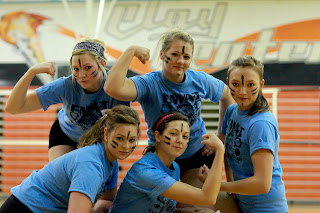 These are the 5 seniors from the volleyball team this year.   They "warmed up" the teacher team and then turned it over to the other students. 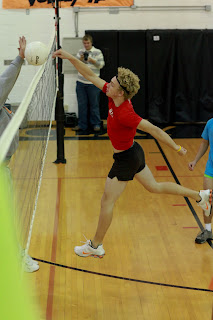 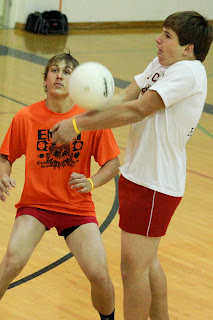 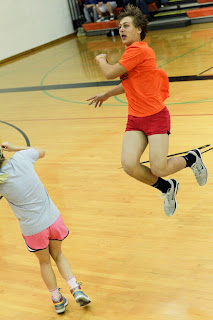